I started doing computer science in the early 80's, at the age of 10, first with a Commodore Vic20, then with a Commodore 64. As languages I chose Basic with Vic20, later, after I switched to C64, I started with the Assembly language. I bought two essential books, the first one was the disassembled ROM of the C64, the other one was the disassembled ROM of the 1541 floppy drive. I started with the Assembler compiler to create a Basic extension (like Simon's Basic), I added just over 130 commands to Basic, mostly having to do with graphics and sound. Unfortunately all the work was lost, I lost the floppy disks on which I had placed the source code.
It was good times, though, in that period I was young and strong, I was easily doing 36 hours at a time in front of the computer, today I do not go beyond 12 hours. Unfortunately, I didn't have a printer at the time, so I was writing everything by hand (hard work).
Unfortunately, the 80's ended and all the initial magic of computer science was increasingly disappearing, PCs began to prevail, and my father bought me the first Desktop computer, a Dell with an Intel 486 dx2 (it even had the arithmetic coprocessor, a luxury in those days). However, I continued with the programming, moving on to Turbo Pascal and then to C language and C++ language, using the Borland C++ 5.02 compiler for Windows - I created C++ classes with the Borland Object Windows Library and published them on my website. The move from Turbo Pascal for DOS to C/C++ for Windows was huge, Object-Oriented Programming was new to me, and I honestly wasn't expecting so much work - the compiler was far from a RAD so I had to do it all by hand, not only the code but also the resources.
In the meantime I had started assembling computers, my first assembled computer was an Intel Pentium 3, with a case that weighed 10 kilos (at the time they were made of steel). I went from the first Dell with EISA slots (does anyone remember them?), after one computer with ISA and PCI slots, then another with PCI and PCI-Express. I have seen USB 1, USB 2 and USB 3 over time, which gives me the idea that time has passed.
In the late 90's I started with the Internet, then newsgroups, Usenet, but also my first website on Geocities (who remembers it?), made with pure HTML and without CSS - at least loading the pages was very fast. Everything that was there at the beginning of the year 2000 has literally disappeared, from websites, to free hosting (for example Geocities). At the beginning of the year 2001 I started working at a Container Terminal as Data Management supervisor, and I specialized in EDI/EDIFACT, in those years I created, in my free time, a Windows program written with Borland C++ 5.02.
Personally, I don't like sharing source code even if I have nothing against Open Source, I also avoid any dispute between Windows and Linux - I keep away from the flame-filled groups between Linux and Windows users.
Today, in little free time I have, I carry on my website (HTML, CSS, PHP languages), I am an Android programmer (Java language) and I deal with Networks, I have an ARM router on which I have put most of my servers (Web, Ftp, Ldap, Dhcp/Pxe, Syslog, BitTorrent, Dlna) and on which I run Bash, PHP and Python scripts - I am trying to create a Smart Home. I'm trying to create videos on computing in general on YouTube, I noticed that here in Italy there are few sites dedicated in IT, such as hardware and software - really weird, I am almost always obliged to turn to foreign sites in order to see something professional about computing world overall.
Sometimes I go to YouTube to see something about retro-computing, just for nostalgia, and to see technology reviews (Italian for smartphones and foreigners for everything else). 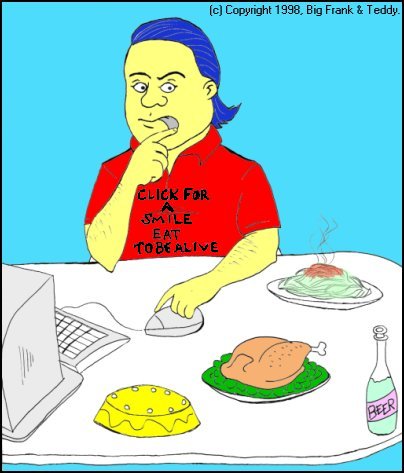 Giuseppe Parrello is working for you!!!